A Video Homage to Wicked Faires Past

And yes, I'll be there again this year, kit and all!  And Halloween is my favorite holiday, people!

Feel free to contact me now for a body painting, or come find me at Faire for face or body!
Posted by NJ Face Painter at 11:27 AM No comments:

The Great Old One

I first became a fan of H.P. Lovecraft in college many years ago.  It was then that I discovered his character Cthulhu and became enamoured with the whole mythos.

The only role playing game I've ever played was Call of Cthulhu.

And now?  Cthulhu glitter tattoo stencils!  They will be with me at Wicked Faire this year, together with all my other glitter tat stuff, including my Halloween and Alice in Wonderland sets. 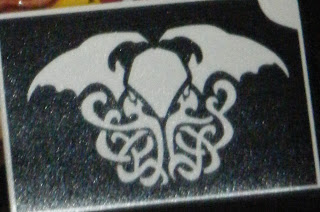 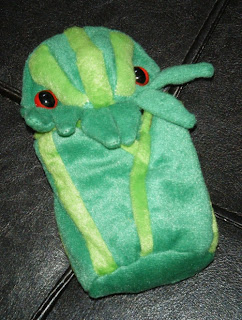 This'll be with me at Wicked too, of course.

Posted by NJ Face Painter at 6:06 PM No comments:

NJ Face Painter
I have been a body artist, with face and body paint, henna, and temporary tattoo glitters and inks, for several years. You may have seen me at the Tribeca Film Festival, parties, street fairs, or other events. I can be reached by email or at 201-218-4741.